The Viami Series of bathing units manufactured and sold by Air Water are equipped with 11 to 16 special nozzles that spray warm ultra-fine particles of 300 microns to cleanse the entire body.
"The NS5000 is a bathing unit primarily used in hospitals for patients who are not able to bathe themselves. It allows them to bathe comfortably and safely. There are often concerns about the water only coming from above and not below. This unit is designed with 16 nozzles in total so that the shower spray also reaches the person's back."
The Viami Series helps to quickly warm up the entire body from the ultra fine shower particles and sauna effect.
"The RS06 is similar to the NS5000 but is designed primarily for people who are unable to enter a bathtub by themselves. It is for people who would prefer bathing in a wheelchair to lying down. This unit provides a shower mist that covers the entire body while the person is sitting in a reclining chair."
Air Water currently sells the Viami Series to hospitals and senior homes nationwide from Hokkaido to Kyushu. The company anticipates that demand for this type of product will grow not only in hospitals and nursing homes for the elderly but also in acute hospitals and other acute care applications. Original Post Link
Posted by Nethuki at 16:44 3 comments: Links to this post

HTC confirms Android 4.1 update plans for One X and One S 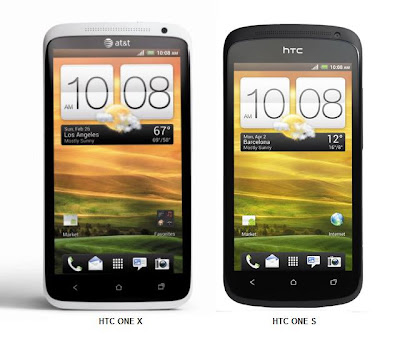 “When is my device going to get Android 4.1?” is a question that will be asked in an exponentially louder manner over the next few months. Everyone who doesn’t have a Nexus device will be waiting for their manufacturer to release a statement confirming that their device is going to get the next flavor of Android. It seems like HTC is the first up to the podium by announcing they have plans to update the One S and One X to Android 4.1.

HTC’s Global Online Communications Manager Jeff Gordon wasn’t exactly risking much by coming out and saying that HTC’s most popular and most recent Android phones would be getting the next version of Android. In fact, he didn’t give any expectation as to how long the update would take, or if any of their other devices would see the update. To imagine a world where HTC’s brand new devices wouldn’t be slated for the next version of Android is a pretty scary one for customers, so it’s good to see HTC making this painfully obvious statement to ease the minds of those who weren’t sure.

During Google’s IO conference, one of the big things that was announced specifically to help with keeping devices up to date is the new Android Platform Development Kit, or PDK. This kit was designed by Google specifically to make it easier for handset manufacturers to update their devices to the latest version of Android in a timely manner. When you consider that only a handful of Android 2.3.4 devices have been updated to Android 4.1, the PDK couldn’t have come at a better time to help manufacturers make the jump to 4.1. Unfortunately, there’s very little known about how useful the PDK has been for those manufacturers so far.

The biggest reason to get devices updated to Android 4.1 as soon as possible is the performance gains that were earned by the implementation of Project Butter. Despite the HTC One X being a significantly faster device than the Samsung Galaxy Nexus, setting the two of them side by side for a performance comparison is downright embarrassing. The 4.1 powered Galaxy Nexus out-performs the 4.0 One X in just about every single way when navigating or accessing Google Apps. If the Galaxy Nexus is able to perform so well under 4.1, more powerful devices like the One X would be far better received if they get updated quickly. 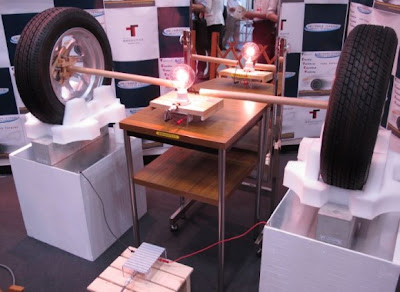 The demonstration took place at WTP Wireless Technology Park 2012, a trade show on wireless technologies, which runs from July 5 to 6, 2012, in Yokohama, Japan.

A research group led by Takashi Ohira, professor at the university's Department of Electrical and Electronic Information Engineering, has been engaged in the research aimed at using wireless power transmission technologies based on electric field coupling (or inductive coupling) for transmitting power to a running vehicle.

The differences from the group's past research results are (1) that electricity as large as 50-60W was transmitted to life-size automobile tires and (2) that there was a 10cm-thick concrete block between the metal plate on the transmission side and the tire. The efficiency of power transmission from the metal plate under the concrete, which is the same as used for public roads in Japan, to the light bulb attached to the tire is 80-90% or higher, Ohira said.

As for the second improvement, the research group said that it will become possible to use the technology with 20cm or thicker concrete, which is sometimes used for actual roads, because of the high conductivity of concrete. To put the technology into practical use, the electric power needs to be increased by 100 times. But the group said that the parts needed for it are relatively cheap and that there is no major problem.

Posted by Nethuki at 05:31 2 comments: Links to this post